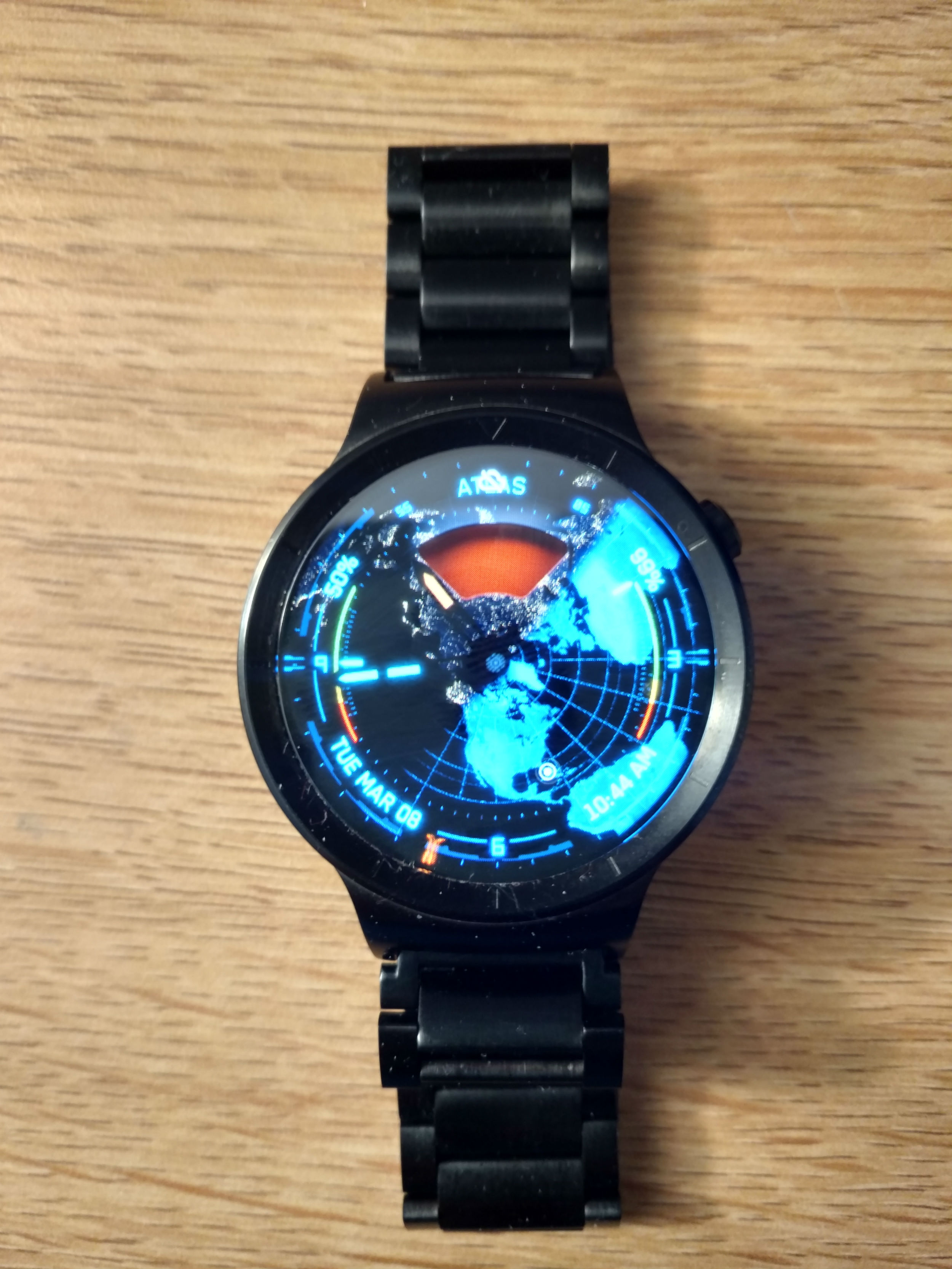 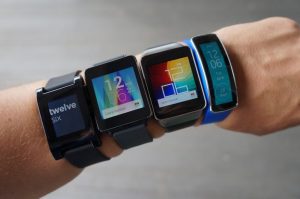 The smartwatch is the ultimate smartphone accessory. It can tell the time, of course, but it can also beam important notifications straight to your wrist, and run native apps.

The devices have to be everything in one: a fitness tracker, a wallet and even a phone.

There are important considerations to be made about your choice of operating system, battery life and fitness options, but wearing a smartwatch is about expressing your personality too.

So we’ve put together the below guide to make the job a bit easier, followed by our current picks for the best smartwatches you can buy right now – and the ones still to come. 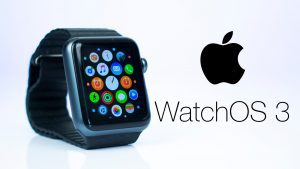 The Apple Watch is now in its third iteration, and while it may appear that not much has changed on the surface, there have been some developments under the hood.

The big draw for the Series 3 is the option of LTE connectivity. This means greater independence from your paired iPhone, and always-on connectivity wherever you get network coverage. The best news of all is that your Apple Watch 3 will share the same phone number as your iPhone, doing away with one of the biggest grievances of previous LTE-enabled smartwatches: juggling multiple numbers.

The Watch Series 3 sees performance improvements, too. A new S3 dual-core processor runs the show with a 70% speed hike over the previous generation, and a W2 wireless chip delivers improved Wi-Fi and Bluetooth capabilities. Now, for the first time with an Apple Watch, an altimeter is included. This provides elevation data during your exercise. In addition, built-in GPS and water-resistance to 50 metres make a welcome return. 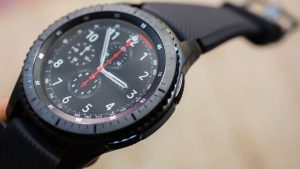 This slim watch connects to your smartphone to bring you notifications, track your health, and even replace your wallet. Running the Tizen 2.3.2 OS, the Gear S3 classic pairs with a wide variety of smartphones over its Bluetooth 4.2 connection. It’s controlled via its rotating bezel, home and back buttons, and 1.3″ 278 ppi circular AMOLED touchscreen.

4GB of internal memory gives you the chance to add apps to your Gear S3 classic as well as fill it up with music for phone-free listening over Bluetooth. It is IP68 rated for water- and dust-resistance and is powered by a 1 GHz ARM Cortex-A7 dual-core processor with 768MB of RAM. The 380mAh battery lasts for up to four days and can recharge via the included wireless charging dock. The watch ships with a large band installed; a smaller band component is included as well for a greater fit range. 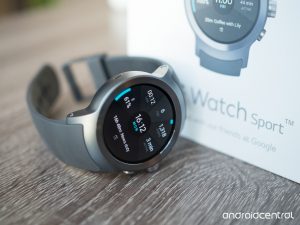 The LG Watch Sport comes ready to play, offering more bells, whistles and watch faces than any other smartwatch or fitness tracker to date.

What you get is a cleaner, yet more robust interface, one that powers what’s likely be your first LTE-connected smartwatch – if you’re in the US it can function just fine without a phone nearby, for a small fee.

The LG Watch Sport comes ready to play, offering more bells, whistles and watch faces than any other smartwatch or fitness tracker to date. 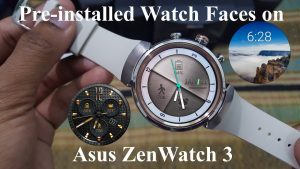 If you’re in the market for an Android Wear smartwatch, the Asus ZenWatch 3 should be one to think about. It has a great display, useful hardware buttons and good battery life. And although it has been slow to adopt Android Wear 2.0, the long-awaited update is finally available.

It’s styling might not be for everyone, and it’s lacking in a few sensors, but Asus did a commendable job designing a watch that looks more like a premium watch than a piece of lifeless technology. 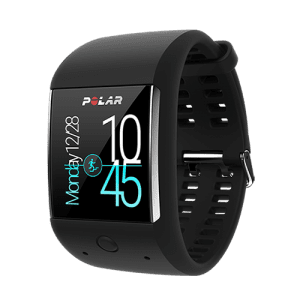 If you’re looking for a sports running watch that serves double duty as an Android Wear-powered smartwatch, you should take a serious look at the Polar M600. While it’s not the most stylish-looking wearable around – it looks like a sports watch – it does mean that it’ll stand up to some serious workouts thanks to its rugged IPX8 water resistance.

With GPS to track your distance and pace, and a heart rate monitor, it checks all the boxes for serious runners looking to get fitter and improve their performance. All of the data pulls into Polar’s Flow app so you can keep tabs on your exercise routine.

Android Wear is the icing on the cake, meaning there’s a good selection of apps and smartwatch functionality. The great news is that the Polar M600 is among the list of confirmed smartwatches getting the Android Wear 2.0 update, too, so you won’t feel left behind.