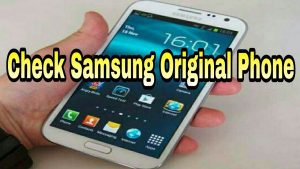 Samsung is one of the most popular band in the mobile world.  Here are some tips according to which you can identify if the Samsung Galaxy you are buying is genuine or fake. 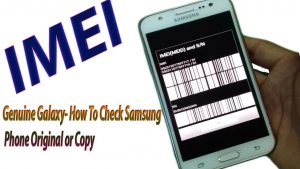 Use Samsung Codes to Know a Real Galaxy Phone 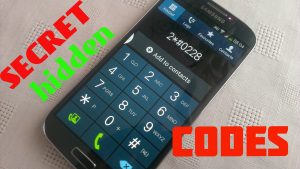 one of the most popular practices amongst software developers is to leave ‘backdoor s’ within the code, which essentially allow anyone with knowledge to get into the system at a much deeper level than you’d expect from an end-user. Samsung have a good share of these as well, where they’re generally known as secret codes. You just simply input the codes in your dialer app and your phone should respond to it. If the phone does not show any response, then the Galaxy device you are holding is an imitation. These are the most common Samsung codes: 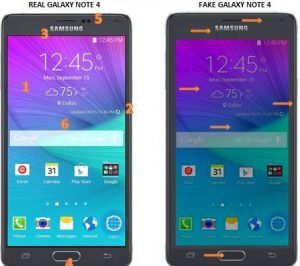 Spot a Fake Galaxy Phone Through Physical Checks:
Most of the cloned phones available today are built so cheaply that their materials and craftsmanship reflect the amount of money invested in them. When compared to the original, these fake devices can be spotted easily by checking the following physical features. Note that if you are not familiar with the genuine item’s physical appearance, you may need to borrow one from a friend and put the two devices side by side. 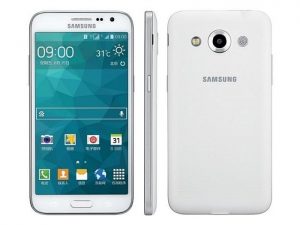 You can take multiple pictures and try to take note the speed of how pictures were taken. Knock-offs will drag down. Photo quality of fake Galaxy phones are not good at all. 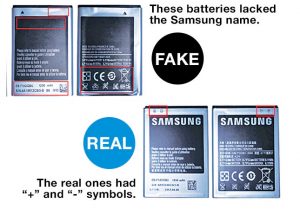 Samsung is more and more popular brand. There are many fake Samsung galaxy phone in the market, so we hope this article will help you stay alerted and buy only the genuine iPhone.