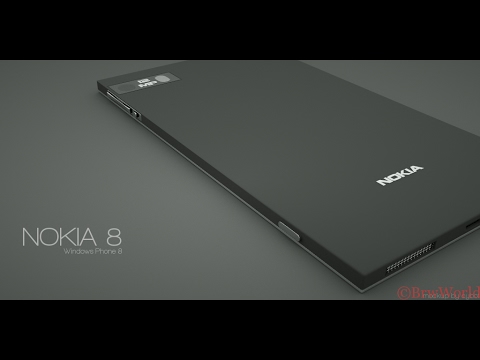 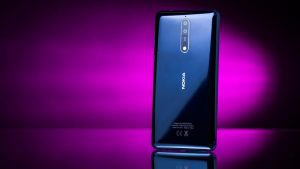 The Nokia 8 offers a lot of great features such as a powerful chipset, dual-sensor camera and a perfectly sized QHD display, but compared to a lot of the competition right now it struggles to offer anything unique. With a super-high price point, the Nokia 8 is a good phone but far from a great one. 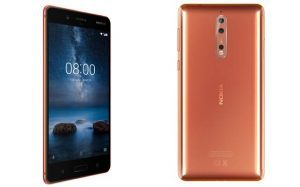 The Nokia 8 features a dual-sensor rear shooter that can capture ‘bokeh’ images with an attractive background blur, and uses a RGB and monochrome sensor in tandem for better low light photography.

The camera has been made in partnership with Zeiss too, although it’s not entirely clear what input the German lens specialists have had.

There are lots of extra features squeezed in here in an attempt to make this one of the best phone cameras on the market.

You may have heard of the new ‘Bothie’ mode, which uses both the front-facing and rear-facing cameras at the same time, so you can capture what’s behind your phone – probably yourself – as well as what’s in front.

On top of that there’s also Nokia’s OZO 3D audio capture tech, which should allow for more immersive video when you’re recording. 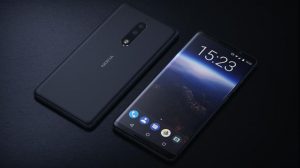 It’s an aluminium unibody design with metal edges, but while the back is metal too, the feel on the rear will depend on which finish you opt for.

On the handset’s front, the screen isn’t quite edge to edge on the long edges, and the top and bottom bezels are quite large at 14mm and 17mm respectively. This results in a screen-to-body ratio of 69.2 percent, compared to 84.1 percent for the class-leading Samsung Galaxy S8. The bottom bezel provides space for the home button/fingerprint sensor and two capacitive buttons.

It’s a neat design that’s appealing enough, but there’s nothing particularly special or different about it. Still, it’s a reasonably tough handset: I couldn’t bend it at all in my hands, and the screen is protected by Gorilla Glass 5. The Nokia 8 has an IP54 rating, meaning that it’s ‘dust protected and can withstand ‘water splashes’ for up to 10 minutes. Many flagship smartphones have better (IP67 or IP68) ratings, although the OnePlus 5 is not IP-rated.

The Nokia 8 also meets the slimline requirements of a modern high-end handset, measuring just 7.9mm thick, 151.5mm tall and 73.7mm wide. It weighs 160g, and it feels in the hand like a solid and serious device.

It’s debatable whether this QHD resolution is really required in a handset. I switch regularly between different phones, and often don’t really notice much difference between QHD (1,440 x 2,560) and FHD (1,080 x 1,920) resolutions. There is another factor to take into account, though: the Nokia 8’s screen is very bright, making it easy to read outdoors in sunlight. 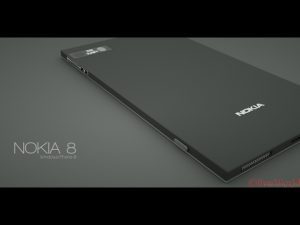 The Nokia 8 is powered by 1.8GHz octa-core Qualcomm Snapdragon 835 processor and it comes with 4GB of RAM. The phone packs 64GB of internal storage that can be expanded up to 256GB via a microSD card.

So, Web pages load with satisfying speed, streamed video is smooth, and apps open without delay.

The Nokia 8 is a dual SIM (GSM and GSM) smartphone that accepts Nano-SIM and Nano-SIM. Connectivity options include Wi-Fi, GPS, Bluetooth, NFC, USB OTG, 3G and 4G (with support for Band 40 used by some LTE networks in India). Sensors on the phone include Compass Magnetometer, Proximity sensor, Accelerometer, Ambient light sensor, Gyroscope and Barometer.

Although there’s little truly remarkable about the Nokia 8, but it packs an impressive punch at a competitive price.