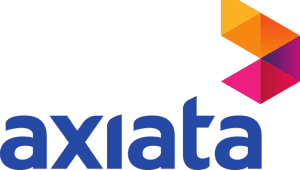 Robi Axiata Limited is the second largest mobile phone operator of Bangladesh and the first operator to introduce GPRS and 3.5G services in the country. The company has introduced many first of its kind digital services in the country and has invested heavily in taking mobile financial services to the underserved communities in the rural and semi-urban areas.
It is a joint venture between Axiata Group Berhad, of Malaysia, Bharti Airtel Limited, of India and NTT DoCoMo Inc., of Japan. Axiata holds 68.7% controlling stake in the entity, Bharti holds 25% while the remaining 6.3% is held by NTT DOCOMO of Japan.

Having successfully completed the merger process, Robi has emerged as the second largest mobile phone operator in Bangladesh with approximately 32.2 million active subscribers. The merged company has the widest network coverage to 99% of the population with over 13,900 on-air sites of which over 8,000 are 3.5G sites.

Robi, as a socially responsible brand, has taken up a number of flagship Corporate Responsibility initiatives in the areas of ICT-Education, Health and Environment with a view to contribute towards the sustainable development of the country.