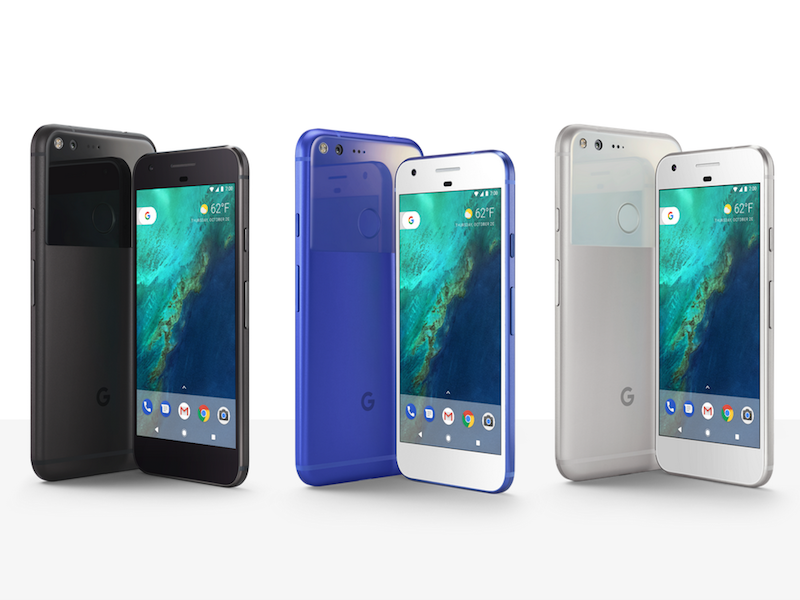 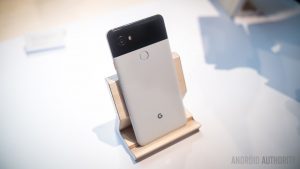 The Google Pixel was Google’s attempt to create a premium Google phone, one that could stand-up against the best in the market, ask top prices and deliver pure Android with a couple of exclusive twists. That’s very much been a success. 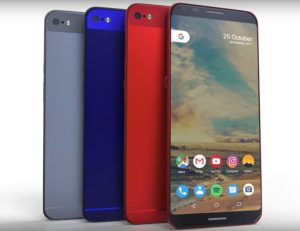 However, on the Pixel 2 the merging of the glass and metal is far more subtle, making for an attractive finish which looks and feels great in the hand.

Google has moved the fingerprint scanner down on the Pixel 2, taking it out of the glass block and onto the main metal body.

It’s a good move too, as it reduces the number of fingerprint smudges you get on the rear glass, something which was very noticeable on the black version of original Pixel. 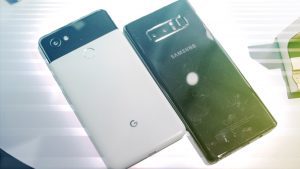 Without knowing beforehand, you wouldn’t be able to tell that the Pixel 2 was made by HTC and the Pixel 2 XL by LG — they’re that similar. But when you dig a little deeper, the lineages are clear: the Pixel 2’s AMOLED display isn’t quite as vibrant (or tall) as that of the LG-made pOLED display on the Pixel 2 XL.

Both phones have Snapdragon 835s, 4GB of RAM and between 64GB and 128GB storage standard, along with single rear 12MP cameras — this year with OIS. They’re waterproof (yay!) but don’t have headphone jacks (boo!). There’so no wireless charging, but the sides can be squeezed to activate Google Assistant. And though it ships with Android 8.0, not 8.1, there’s a lot new here — including an embedded eSIM to connect to Project Fi even without a SIM card.

What’s the difference between the two?

The most notable difference can be found on the front. The smaller Pixel 2 sports a 5.0-inch OLED 1,920 x 1,080 display with a more traditional 16:9 aspect ratio, while the Pixel 2 XL goes the more modern route with its 6.0-inch 2,880 x 1,440 P-OLED display with an 18:9 aspect ratio. There’s a noticeable amount of bezel on the top and bottom of the Pixel 2, whereas the 2 XL has very slim bezels around its screen.

Of course, there’s a pretty huge difference in price too, which we’ll cover at the bottom of this article.

That puts it right in the mix with the likes of the Samsung Galaxy S8, LG V30, iPhone 8 and Sony Xperia XZ1 – in short, it’s not cheap.

You can pre-order the Pixel 2 from today (October 4) while the Google Pixel 2 release date is set for October 19 in the US, UK, Canada, Australia, Germany and India.